Skip to content
What Type of Salt Should Use and Why?

Selecting The Best Salt For Your Salt Water Swimming Pool 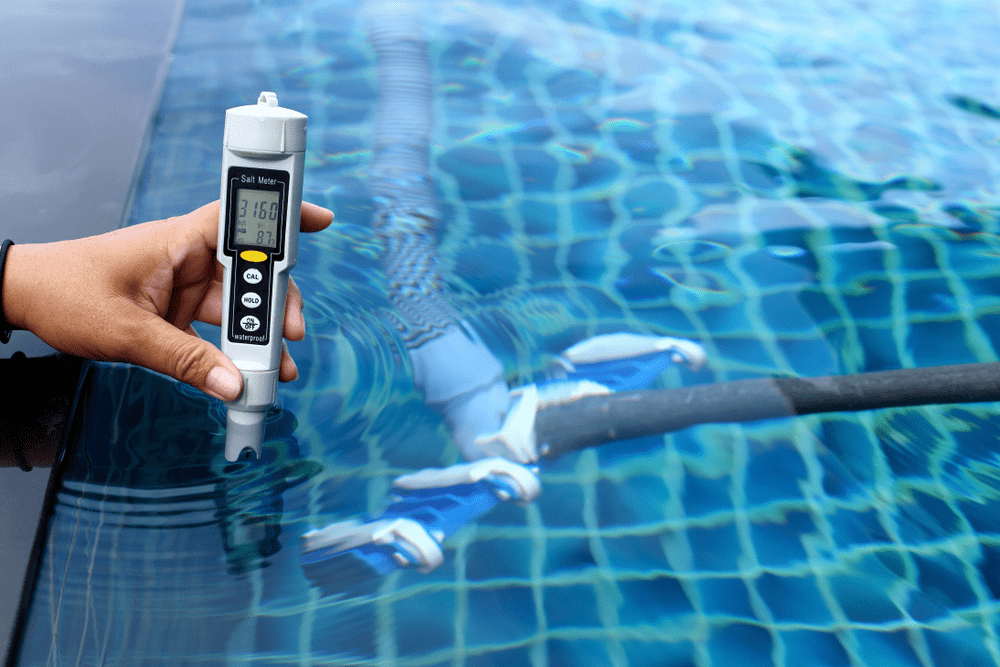 Salt water pools are the new kids on the block, and they are being popularized due to the many advantages that they derive compared to the conventional chlorine sanitized swimming pools. Chlorine has been a Hobson’s choice since sanitation became a necessity to ensure a healthier body of water for swimmers to have fun, frolic and competition too. There were many instances where chlorine was causing some allergies in swimmers but there was no credible alternative.

The salt water swimming pool has revolutionized pool sanitation and is fast becoming a popular choice among many pool owners. It is the simplicity of the technology that has caught up with those who opt for salt over chlorine. It should be understood that salt does not kill germs, disease carrying bacteria and other harmful microscopic uninvited visitors in your pool water. It is chlorine that kills and eliminates them and ensures your swimming pool is safe, clean and healthy to use.

To enjoy this very welcome sanitizing option you would need to use the right salt and a salt water system which relies on a simple technology which we refer to as electrolysis. The salt is converted to chlorine but not in the same concentration which you would find in any conventional pool but just right to kill all those microscopic disease carrying bacteria. The salt content in the pool water too would not be as in the ocean but far below it where you would not even be able to taste it.

Unlike chlorine which could have some detrimental effects on some pool users, salt has been perennially found to be good for our health. Sea bathing has been always a better option rather that swimming in fresh water. The best thing about salt water pools is that the content of salt in the water is oblivious to taste and acts silently protecting swimmers from the vagaries of disease carrying microscopic elements.

Salt in its purest form

The salt that you would use in your swimming pool should have been mined and done so to be able to retain purity at an optimum 95% or higher. The higher the purity the best results you would get from your salt water swimming pool by way of optimum sanitization and tasteless water body around you. The salt water system should have an efficient electrolyzing cell which would need to be cleaned only when necessary. The higher purity of salt that you use would not only provide you with greater sanitization but would ensure less staining of your pool’s walls or even damage your salt water system.

There are three types of salt that you could use which are solar salt, mechanically evaporated salt and mined salt. Solar salt is seawater evaporated to collect the left overs. There are many impurities in this as there are other minerals mixed in it even if you try to purify it further. Mechanically evaporated salt is also seawater but heated artificially to evaporate the water to produce salt. This too would have inherent impurities and contain other mineral elements. The third is mined salt which is not seawater but found in special places which are mined and have less or no impurities.
The mined salt could be further purified to obtain purity at 95% or more and these are sold in stores and could be higher in price than the other two but perfect for salt water swimming pool systems. They would give you trouble free use with your salt water swimming pool system. The proliferation in salt water swimming pools has brought mined salt in its purest form to the pool industry and could be found in stores near you.