Skip to content
Main Benefits of Installing a Pool Fountain 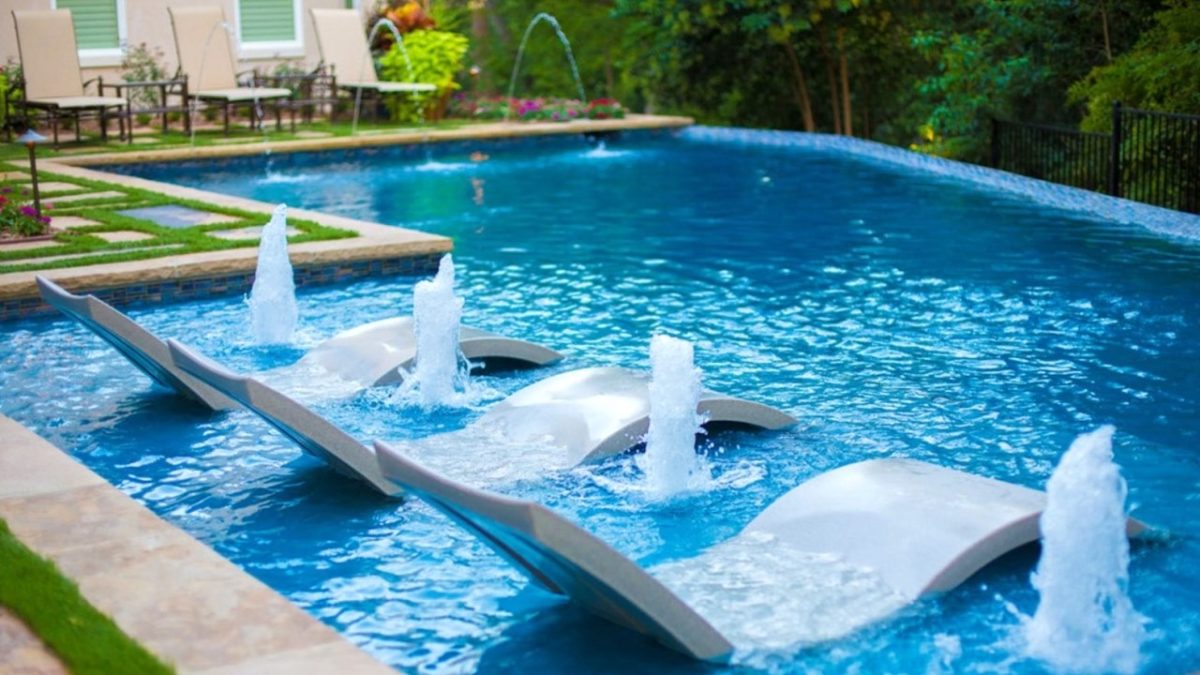 You may think that a swimming pool fountain would bring only aesthetic beauty and ambiance to your pool, but you will be very wrong there. A pool fountain brings much more benefits than that and is a silent operator doing a great job in circulating the water in your pool. Strategically placing your pool fountain would ensure better circulation thereby ensuring a good mix up of the pool water. This would ensure even distribution of the various chemicals and also a healthier body of water for its users. Optimum circulation would also ensure the prevention of algae build up, good chlorine distribution and even PH values around the swimming pool. The pool pump and filter would be able to do only a limited endeavor but a pool fountain would add onto what the former two would not be able to achieve.

There are more benefits especially if you are living in a suburban area. We know the issues we have with noise pollution. We hear the same noises emanating from vehicles, barking dogs, shouting children and other irritating sounds. Being constantly exposed to them could put you at unease especially returning home after a hard day at work. But if you could change these irritating noises to something pleasant it could do well on your nerves and overall health. The sweet sound of water falling from the fountain onto the pool surface could be a very welcome sound from the noises you would otherwise hear. Listening to water making its swishing noise has been universally accepted as a very relaxing endeavor.

In effect the sound of the pool fountain would act like a barrier against the other noises one would hear which would have a very peaceful effect on our minds. Concentrating on this one noise could help you shut off from every other noise around you. Noise pollution is today a major concern in urban cities and has been identified as a major concern for mental stress. It is imperative that you have peace when you return home but if you are denied it even within your own property it could play havoc on many people’s minds. Mental stress has been identified as a more severe issue than physical stress. A swimming pool fountain could help you in a small measure and it would not cost much to install one in your swimming pool.
Another important benefit is that a fountain spewing water in sprays would reduce the temperature in the pool water. The falling droplets would mix with oxygen in the air and cool the water it falls into thus bringing the warm summer waters to an enjoyable and soothing effect on your body. To get the optimum benefits from such an endeavor the right fountain should be selected where the water is released in a spray so that it loses its original heat and cools when hitting the water below. This constant circulation would bring a very soothing effect to the pool users.